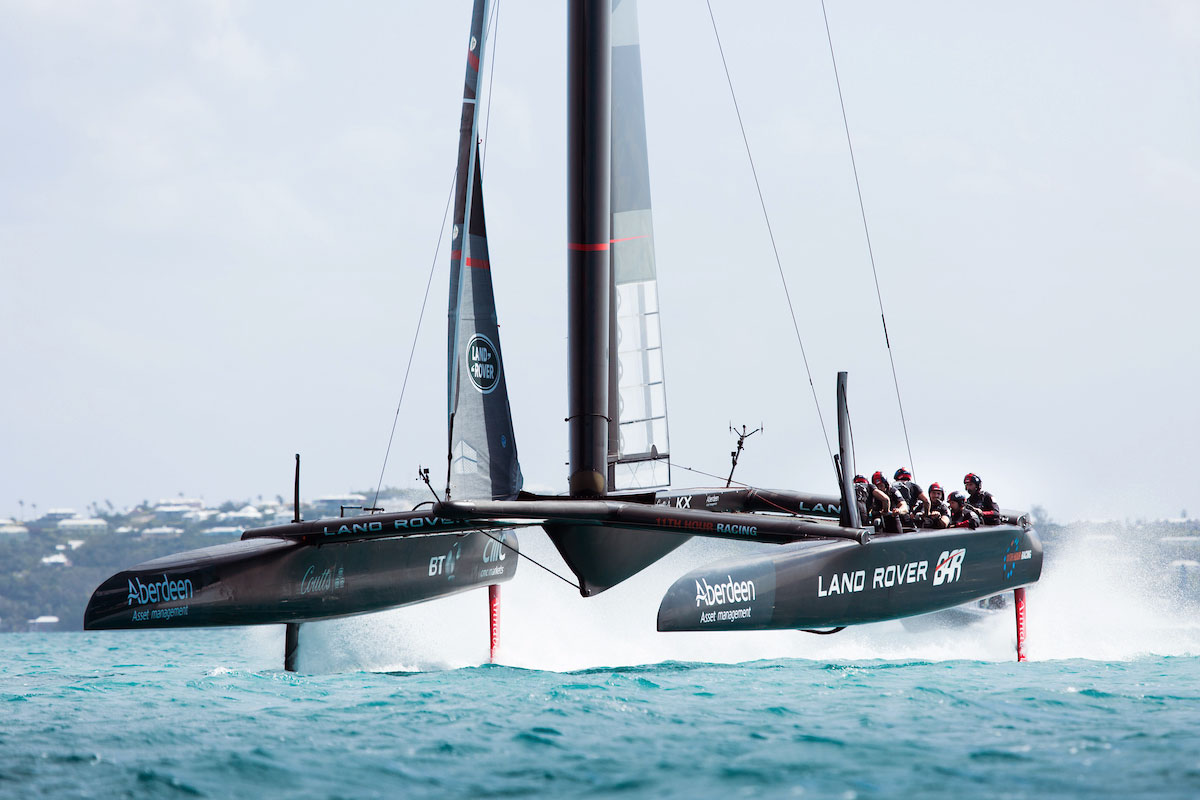 The America’s Cup is considered the pinnacle of yacht racing. Countries compete for the oldest trophy in international sport in yachts that represent the cutting edge of yacht design and technology. The America’s Cup match is held between only two teams, the defender and one challenger.

As Head of CFD for four America’s Cup Challenges including AC35 for the British America’s Cup Team, Rodrigo has built his reputation upon a racing pedigree and winning formula over the last two decades. 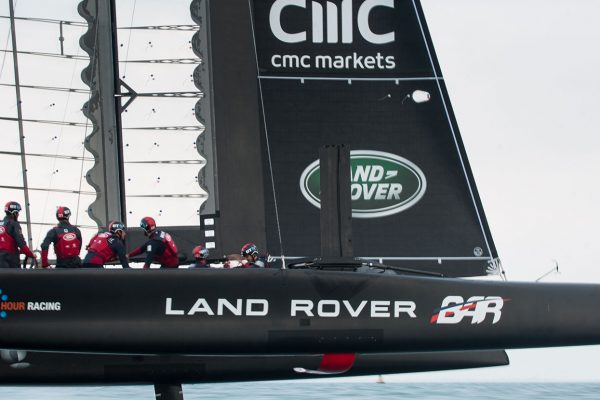 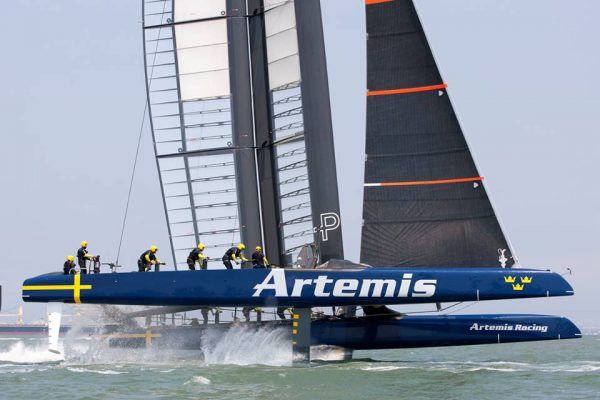 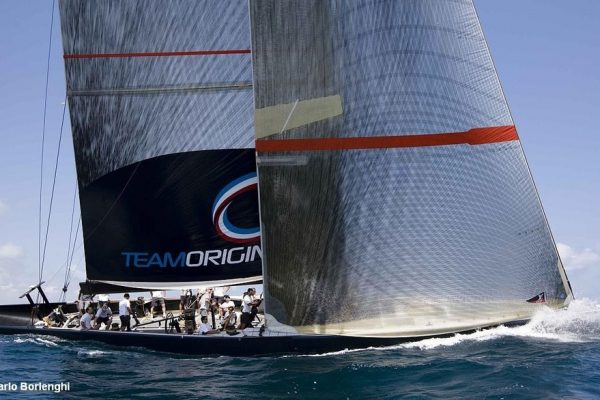 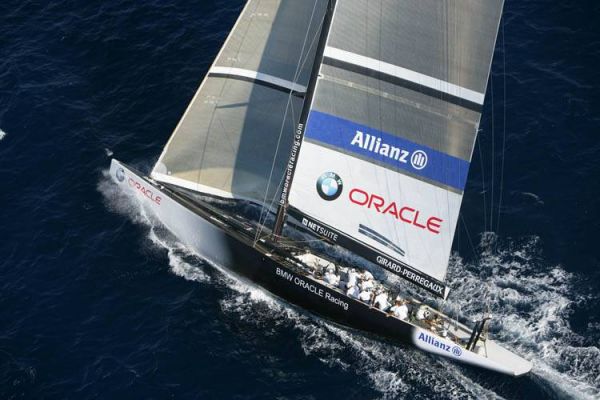 Cape Horn Engineering were proud to be at the core of the design team of Land Rover BAR, the British Challenger in the 35th America’s Cup. The ultimate goal is to #BringTheCupHome, where it all started in 1851.

Cape Horn Engineering was responsible for providing CFD analysis to the design team and was also involved in the overall concept design of the boat and the performance prediction during the AC35 with the British Land Rover BAR challenge.

In this movie, we show one of several thousand simulations performed to optimise the ‘Aero Package’ of the foiling catamarans. The Aero Package included everything that was allowed by the AC rule to be modified on the platform above water. The simulations were run for two typical sailing conditions, one upwind and one downwind. The sailing attitude, flight height, heel and pitch as well as the wing and jib trims were taken from the VPP for those conditions. Furthermore, derivatives from the VPP were used to obtain a direct comparison of the investigated candidates in terms of best VMG around the course. Crucial details that would have an influence on the windage of the catamaran were included in the simulations: the beam fairings, the central pod, the wing and jib end plates, the cockpit’s openings, the pedestals, the crew in standing or kneeling position, the steering wheels, the daggerboards with its lifting posts, the jib traveller fairing and the media package or onboard cameras. The trampoline was modelled using a porous region. The windage of the running and standing rigging was taken into account as a post-processing step using coefficients and flow probes along the exact positions of the cables.

CFD analysis was required for multiple aspects of the design of the solid winged foiling catamaran and the CFD team spent a substantial amount of their time producing comprehensive aerodynamic and hydrodynamic models to feed the velocity prediction programs or VPPs and  on the man-in-the-loop simulator. Thousands of simulations were required each time. In order to do this, all processes had to be streamlined with extremely efficient workflows and simulation setups.

One key benefit about working for America’s Cup teams is having access to large resources, in terms of thousands of licenses and computer cores. Our main tools were Simcenter STAR-CCM+ for the simulations and NX for CAD, but across other departments, we also used additional Siemens products, such as Teamcenter, HEEDS, and Fibersim.

In addition to the systematic aero and hydro simulations, quite a lot of time was spent on special investigations, such as Fluid Structure Interaction of daggerboards and rudders, the dynamics of dropping the daggerboard into the water, optimising the 2D foil sections of daggerboards and rudders, the dynamics of the catamaran taking-off or coming up onto the foils, complex flow phenomena such as cavitation and laminar to turbulent flow transition in 2D and 3D, and more.

The next two simulations show cavitation, with the first using the calculated cavitation bubble in the upper (suction) side of the daggerboard based on the pressure drop. The second however is a simulation with a more detailed cavitation physics model enabled.

This set of movies shows some of the simulations performed by Cape Horn Engineering during the 34th America’s Cup (San Francisco, rigid wing 72 foot catamarans) for Team Artemis Racing.

The first 3 movies show 6 Degrees-of-Freedom simulations, where the full hydrodynamic is solved and the aerodynamic forces are inputs interpolated from accurate response surface models of the sail plan. All aerodynamic and hydrodynamic forces and moments, as represented by the coloured vectors, are balanced. The analysis was performed in 2012 when we were learning to ‘fly’ the AC 72 catamarans in the simulations, after TNZ demonstrated that was possible in reality.

The second simulation show the dynamics of the catamaran burying the bows after a perturbation simulating a wind gust is applied to the sail plan while she was sailing with the leeward hull just touching the water or ’skimming’. Boat speed drops abruptly and recovers soon after.

The third simulation shows the boat bearing away and accelerating and taking off into her foils. For this case the trajectory was given and the rudder was balancing the moments.

The last simulation shows water on deck for the catamaran running downwind and overtaking waves, burying one hull in the wave. The aim of this analysis was to assess the added drag due to the water hitting the forward beam and how to mitigate this effect with fairings. A very wet craft indeed! These simulation were performed with the code STAR-CMM+ from Siemens PLM.