Cape Horn Engineering have developed a robust procedure for coupling the mesoscale WRF weather model with a high resolution CFD flow solver (Star-CCM+). The aim of the project was to develop a tool capable of predicting, with a high degree of accuracy, the wind conditions over a reduced zone of complex topology, taking into account the terrain characteristics with a resolution down to 10×10 metres. 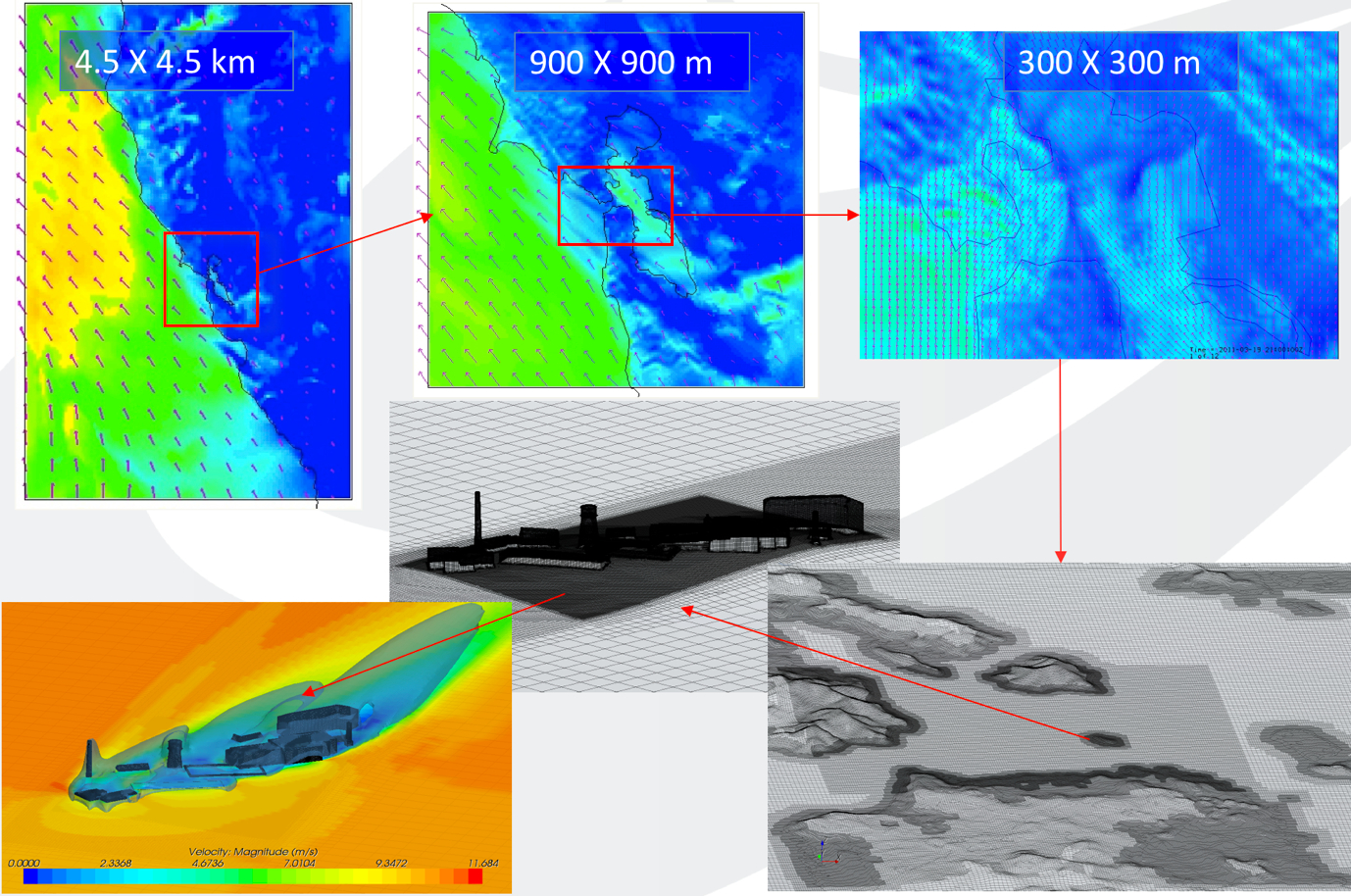 The methodology was then applied during the 34th America’s Cup campaign to investigate the wind field within the San Francisco Bay and other venues where the preliminary races took place. In addition, the tool was used to predict the wind conditions for 2 wind parks in Spain.

Several sensitivity studies were performed and a big effort was made to validate the accuracy of different turbulence models based on RANS, LES or DES with wind probe measurement in the wind parks and at the committee boats during the races. Special attention was placed on the vertical resolution, enabling us to capture not only the wind gradient but also the wind shear (wind rotation due to Coriolis effect) within the first 50 metres from the sea level.