After our successful involvement  in the design of the foils of the previous HUGO BOSS, without doubt the fastest boat in the fleet during last Vendee Globe, we were proudly commissioned again to assist in the design of the new foil system for the recently launched, next generation HUGO BOSS.

We wish skippers: Alex Thomson and Neal McDonald the best of luck as they start the Transat Jacques Vabre 2019, on Sunday 27th October. 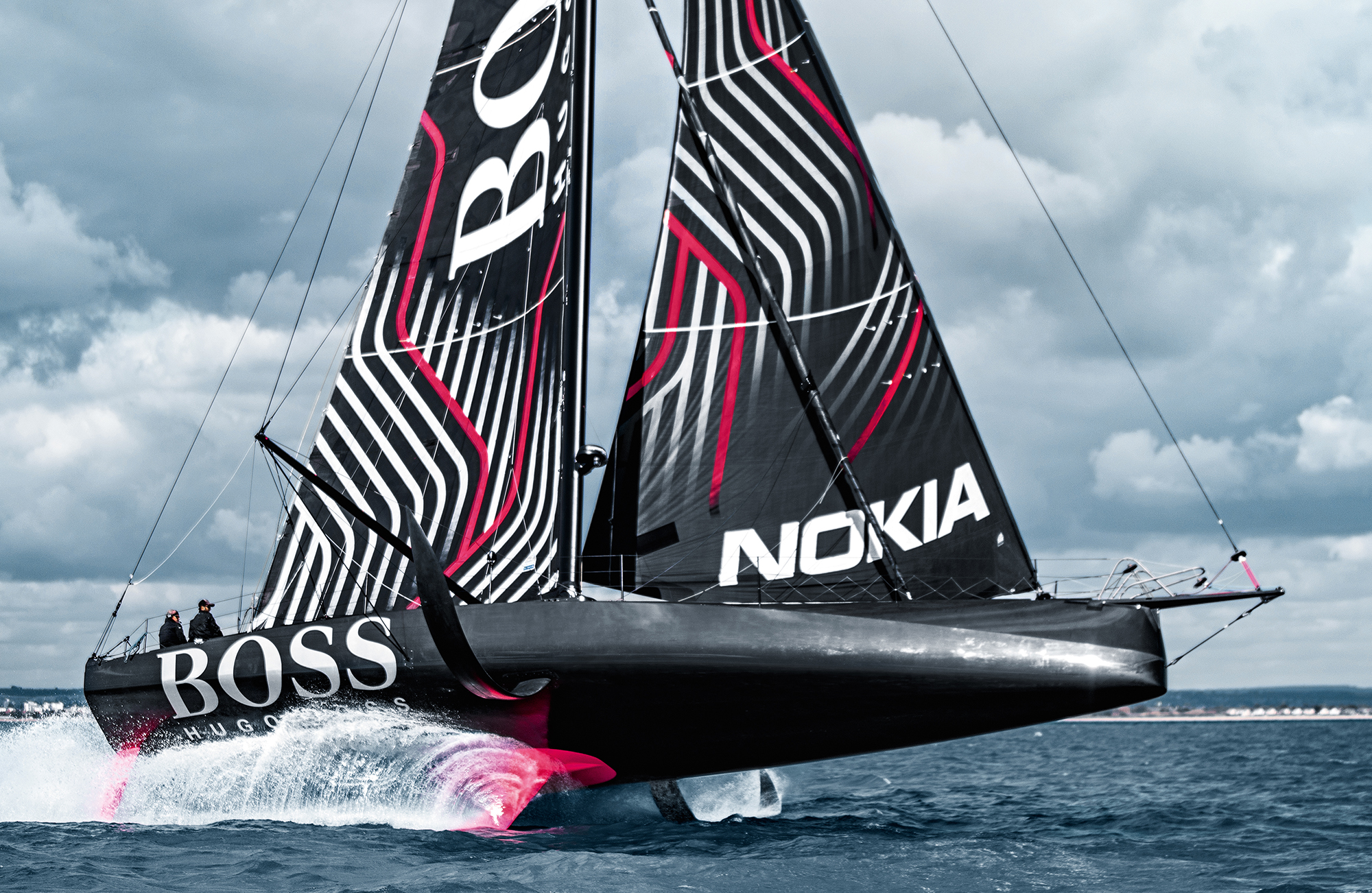 Alex Thomson predicts that the record for the Transat Jacques Vabre Normandie Le Havre, which starts on Sunday, could be broken by an incredible two days or more. The British skipper’s second firm prediction was that he would not be the one doing it. 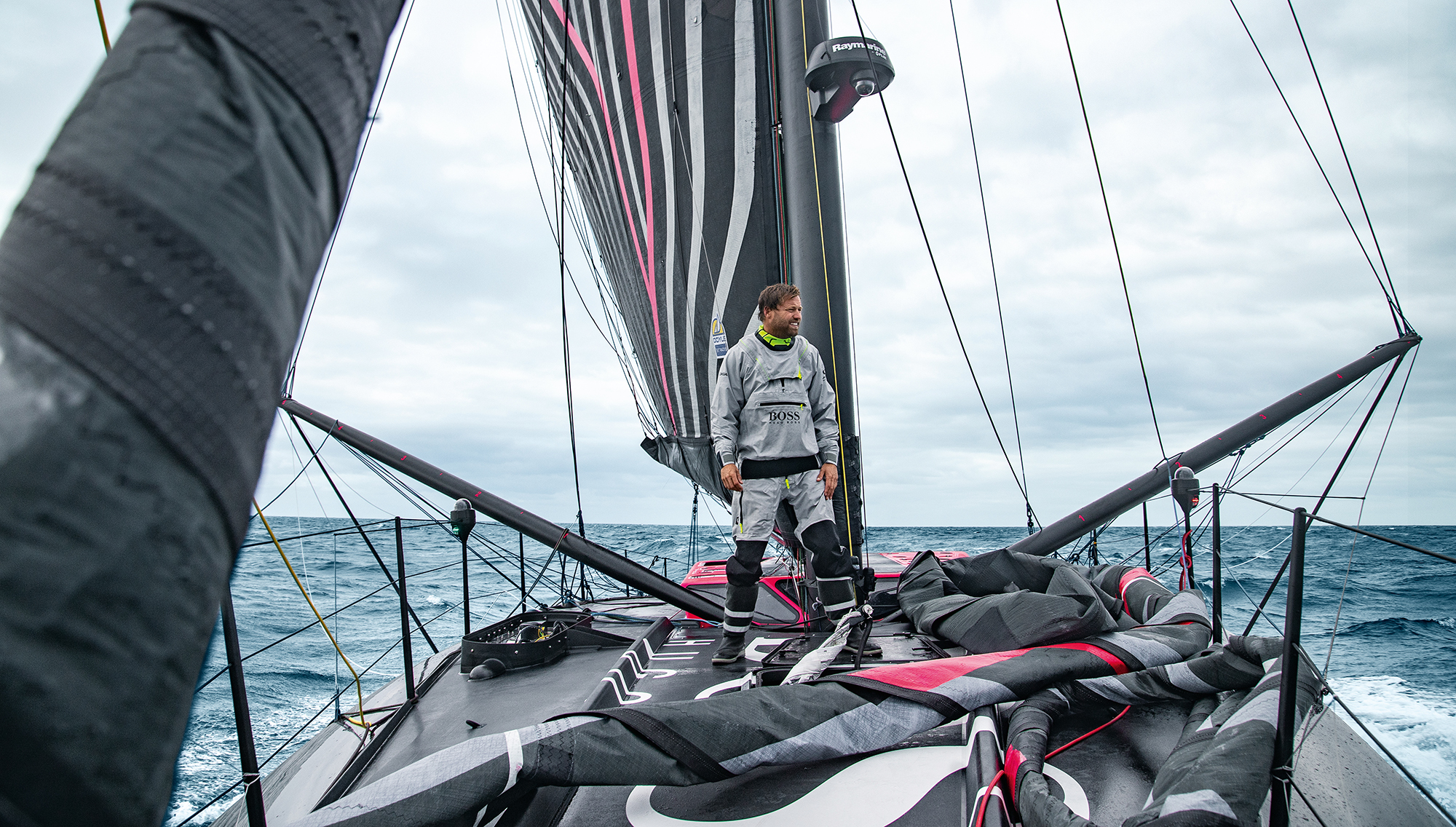 “The record is what, 12 and a half days? (actually 13 days 7 hours 36 minutes and 46 seconds by Jean-Pierre Dick and Yann Eliès on St Michel-Virbac in the last edition in 2017),” Thomson said. “With those same conditions, I’d be surprised if these new boats, well, Charal anyway, don’t do it in 10.”

There are five new generation foiling 60ft IMOCA, and 11 older foiling boats, in the huge field of 29. There has been such a step change in technology in the last two years that Sylvie Viant, the race director, is not scheduling a race finish. “We still need to see their real speed polars and refine our ETAs for Salvador de Bahia,” Viant said. “The teams and their architects are keeping their secret well hidden.”

The 14thedition of the 4,350-mile bi-annual two-handed race starts from Le Havre, France on Sunday, October 27, 2019 at 13:15 (French time) and takes the crews across to the Equator to the finish in Salvador de Bahia. The Route du Café, which traces the historic coffee trading routes, is the longest and toughest transat in the racing calendar and having two skippers allows teams to push boats designed for one to the limits.

“It depends on the weather, particularly for the trip down the Atlantic, but in terms of performance difference, this boat compared to Hugo Boss VIin flat water, we see between a 20% and 30% improvement, which when you’re doing 20 knots is 4 knots,” Thomson said. “In the flat water you see the big speed differences, in the waves we’ll all become much more equal.”

But after capsizing and being rescued by helicopter by the Spanish coastguard with co-skipper, Guillermo Altadill, in this race four years ago, Thomson said he will not be pushing Hugo Boss VII, which was only launched a month ago. If he tries to, the experienced hand of Neal MacDonald, the Hugo Boss performance manager and 56-year-old veteran of America’s Cup and seven Whitbread and Volvo Ocean Races, will be on board to rein him in.

Once the enfant terrible of the IMOCA circuit, Thomson, 45 is now at the height of his powers, with a boat to match. The new Hugo Bosshas a revolutionary fully-enclosed cockpit and radical foils. Thomson finished third on the 2012 Vendée Globe and second on the 2016 Vendée Globe and is planning to go one better next year. “Our aim is to finish the race and get enough data to inform the next decisions,” Thomson said. “It’s a lot to ask one person to sail for two or three weeks and take all the information in,” MacDonald added. “It’s a learning process and me being here is hopefully going to help that process.”

MacDonald too is backing Charal, skippered by Jérémie Beyou (who finished third behind Thomson in the last Vendée) as are many on the pontoon because they have a year getting to know their new boat.

“My money would be on Charal,” MacDonald says. “We watch these boats and I’m very impressed by the way they’ve tamed the beast, because they are beasts.”

The stories are becoming legend. Both Britain’s Samantha Davies and Germany’s Boris Herrmann recount training in light 15-18 knots breezes in their older foilers, making 17 knots and then watching Charalfly past at 27 knots. “I looked at the AIS and thought, ‘what’s going on?’ Herrmann said. “I thought it was a mistake, but no, they were really in a cloud of spray.”

Will it be hard for Thomson not to be in it to win it?

“It’s not hard, no, not after last time. It was funny last time, it was almost exactly the same, we weren’t ready to go and push the boat really hard. We’re much more ready this time. We’ve sailed a couple of miles under 4,000.

“We decided on the last one (Transat Jacque Vabre) to take the slow, safe route in theory. They were zooming out to the west and round a low pressure, whereas we went to Ushant and then went upwind to Finisterre, and then what happened, happened. So, I wouldn’t even say there was expectation (this time), my hope is we finish.” He pauses and then cannot help himself: “And if we get a chance to have a bit of fun with some of the other boats then I hope we’re on pace.”