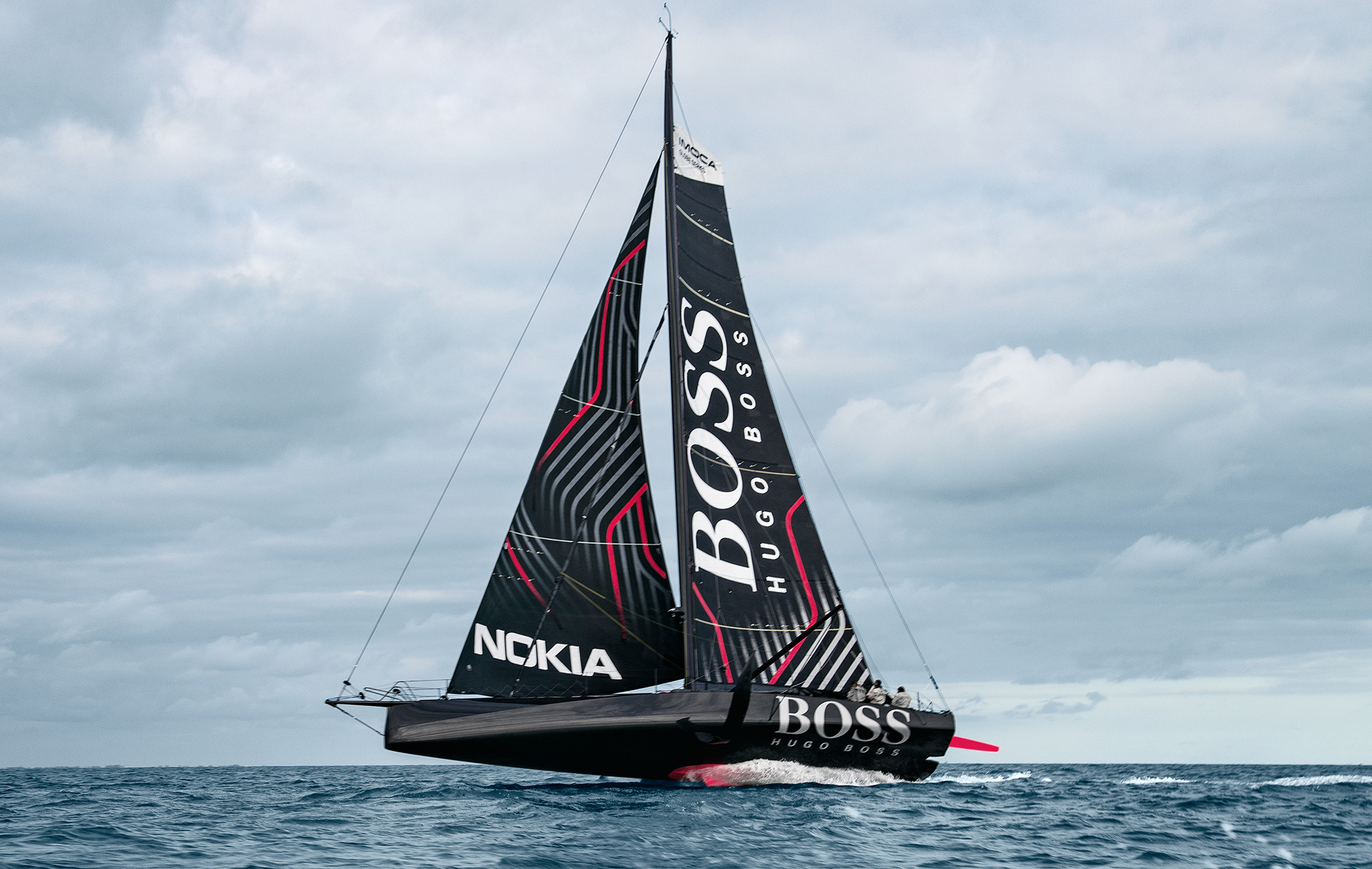 Thomson is one of the favourites for the Vendée Globe 2020-21. In the past two editions of the race,  Thomson has secured third and second place finishes in 2013 and 2017 respectively. One of the factors that contributed to the previous remarkable boat speed advantage of Alex Thomson’s HUGO BOSS over the rest of the Imoca fleet was an extensive programme of CFD simulations. What’s less well known is that Alex brought in a specialist CFD team, Dr Rodrigo Azcueta’s Cape Horn Engineering, to help deliver that advantage.

‘We were fortunate to be able to count on Rodrigo’s expertise in foil design and CFD analysis,’ Thomson says. ‘For CFD analysis, Rodrigo and the team at Cape Horn Engineering are always our first point of call.’

For more details, please read BENEATH THE SURFACE.

The new generation foil-assisted yacht ‘HUGO BOSS’ has taken a team of naval architects, engineers and boat builders just over two years, 80,000 hours to reach its completion. The IMOCA Open 60 race boat has been built with one goal in mind – to win the Vendée Globe in 2020-21.

Cape Horn Engineering’s involvement in the design of the foils for the previous HUGO BOSS contributed to its unsurpassed performance. It was, without doubt, the fastest boat in the fleet during the last Vendee Globe 2016-17. Unfortunately, during the 2016-17 edition, Alex Thomson was hampered by a broken foil which handicapped him for most of the race, however, he still managed to finish in a credible second place.

Rodrigo had recently completed an America’s Cup cycle with Ben Ainslie Racing, where foil design and simulation were at the core of the design process. Over his 4 year involvement with BAR, Rodrigo led the CFD team, drawing on their extensive resources to analyse all aspects of the concept design of the foiling 50ft catamarans, and to produce their performance predictions.

The extensive CFD simulation work for HUGO BOSS lasted for 6 months, during which time Rodrigo worked in collaboration with both Alex Thomson Racing team in the UK and French architects VPLP design team, with Andy Claughton coordinating the CFD effort for the wider team.

The innovative foils extend from each side of the hull to lift the boat out of the water at speed, reducing drag. With new rules allowing the foils to move on two axes rather than just one, as was the case in the last race, the challenge was to find the optimal foil shapes and angle of attacks for each sailing condition, which provide maximum performance and stability.

Rodrigo comments: ’’Alex invited me for an exhilarating test sail onboard HUGO BOSS as she was put through her paces, to see first hand the dynamics, and learn how the boat needs to perform under extreme racing conditions. This was also a crucial opportunity to experience the instabilities, often observed in the first generation foil-assisted IMOCA Open 60s where the foil and keel lift the boat until one or both start to pierce the surface. Then, at some point, the lift is lost as ventilation occurs and the hull sinks back into the water, and the process re-starts. Alex had a good understanding of the problem and some ideas on how to solve it that needed verification and fine-tuning with simulations.

Working alongside the HUGO BOSS specialist team was certainly another highlight of the project. Hundreds of hours were dedicated, and hundreds of emails and conversations were exchanged as we worked diligently to simulate the boat dynamics and assist in the development of the next generation of foil designs for HUGO BOSS ’’.

The CFD approach involved setting up 4 and 5 ‘degrees-of-freedom’ simulations, where the fully appended yacht is free to move in space and the aerodynamic and hydrodynamic forces are mostly balanced and the yacht finds its floating – or semi flying attitude – during the simulation.

This type of analysis is a great improvement over the more traditional VPP work, where only the steady-state situation is addressed. Simulations are started from a situation where the forces are out of balance, and the dynamics of reaching force balance gives important insights on how the different configurations will behave in real situations.

Video animations were produced and analysed, with forces, moments and final attitudes compared. In this way, dozens of foil candidates and foil positions could be considered at a preliminary design stage. “It is an iterative and interactive process, where ideas are run in CFD, analysed by the team and then after evaluation, good ideas are taken forward and refined, and the others are discarded after having learnt from their downsides”, Rodrigo says.

Foil curvature and size, longitudinal position within the hull, position where the foils exit the hull sideways, i.e. how close to the water surface, mounting angle and the variations in angle of attack permitted by the new IMOCA rule, positions and articulation of the bearings and the interaction with the hull and whole system were all systematically varied and compared.

After completing this investigative process, the design team was confident to choose a foil that was based off one of Alex’s initial concepts, the radial foil … an innovative design and the first of its kind.